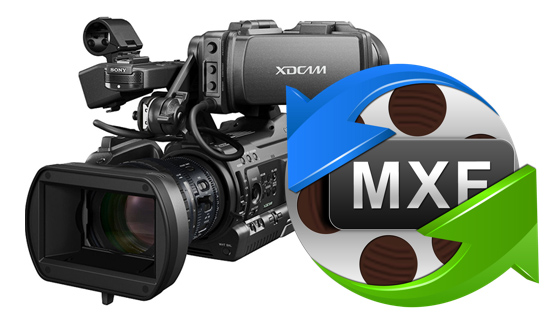 MXF is abbreviation for Material eXchange Format, it is a container format for professional digital video and audio media defined by a set of SMPTE standards. It’s widely used by Canon, Panasonic, and Sony HD camcorders but remains unaccepted by media player, like QuickTime, and video editing software. I bet to say that many of you have encountered the same problem when dealing with MXF files, especially you want to play and edit the MXF files on Mac OS X. And this is where MXF Converter for Mac comes in. This article outlines the best 4 MXF Converters for Mac programs reviewed, go ahead to learn and compare them by yourself. 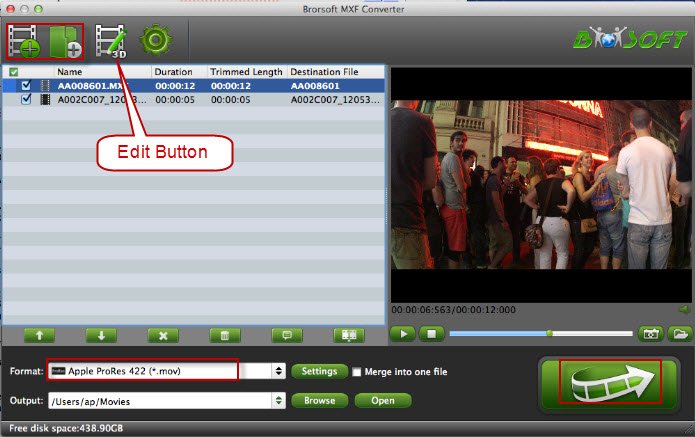 This easy-to-use yet professional app Brorosft MXF Converter for Mac ranks top on MXF Video Converter for Mac application list. It can be used as a MXF file converter for Canon, Sony, Panasonic under Mac OS X El Capitan, Yosemite, Mavericks, Mountain Lion, Lion, Snow Leopard, etc. It is clean and safe to install and use. With it, you can effortlessly transcode MXF to ProRes 422, ProRes 422 HD, ProRes 422 LT, ProRes 4444 for FCP, MPEG-2 for Adobe Premiere Pro, Adobe After Effects, DNxHD .mov for Avid Media Composer, Apple InterMediate Codec for iMovie, Final Cut Express, etc. And it works well and converts flawlessly.

Note: Free trial has no other limits except Brorsoft Logo watermark in the middle of the converted video. If you want to convert MXF files in Windows PC for further playback or editing, please turn to the Windows version. 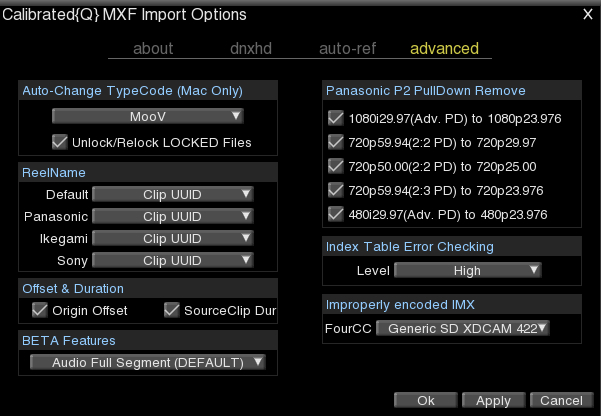 Calibrated{Q} MXF Import works as a QuickTime import component on Mac OS X, this component mainly for solving the MXF files to Final Cut Pro 6/7/X importing and editing issue. Besides FCP, you can use this component to import and work MXF video with CatDV, Sound Track Pro, QuickTime player, etc. with it you can also import DNxHD .MXF files into Adobe CS 5.0/5.5/6.0. Note:The Calibrated{Q} MXF Import component only supports limited MXF files.

Some users may only have the need to play MXF recordings on Mac and Windows, so you may want a MXF video player. MXF4Mac Player is a MXF file reader and player for Mac. It can open some MXF files recorded by Sony XDCAM, Panasonic P2, etc. Note: This MXF file player is not so easy to get, you will need to contact the support of its vendor to get the program, the software is not so friendly.

MXF Import QT is the most expensive plugin, it mainly works as MXF file reader for QuickTime. It can help you to access or open a broad range of MXF variations to the QuickTime movie format. This feature enables you to open MXF files with Final Cut Pro, Final Cut Server and other solutions. We find the MXF Import QT can open MXF files recorded by Panasonic P2 (OP-Atom), Sony XDCAM (OP1a), and Avid Media Composer. Some MXF files are not supported. Note: This MXF Import QT is so expensive and complicated to use.

In order to choose the best one for yourself, the most important point is the easy operation, fastest conversion speed and the high output quality guaranteed. We’re happy to give the top 4 MXF Converter for Mac. For Mac users, you can now make a better choice to convert your MXF files to better playing and editing.