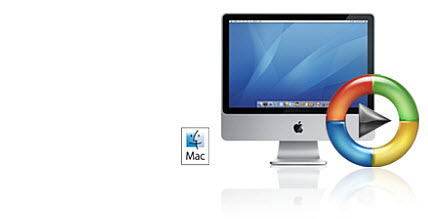 Let’s face it, Windows and Mac will never fully get along. Apple PCs or devices won’t be able to playback or support Microsoft’s native Windows Media Video file (WMV) file format. Therefore you will find your Mac won’t open WMV files by default in QuickTime. The reason behind this it the fact that WMV files use Microsoft proprietary codecs that don’t work in OS X.

Fortunately, there are a few free and easy solutions. You can install some plug-ins to add native support for the WMV file on your QuickTime in Mac, or simply look up for alternative the 3rd-party WMV players for Mac. Below are the top 5 WMV compatible players for Mac.

This is probably the easiest solution to watch WMV files on Mac because it enables QuickTime playback of WMV files. This plugin, created by Telestream, allows you to import, export and play Windows Media video and audio files on your Mac. The Flip4Mac WMV plug-in also works with other QuickTime based apps like iMovie and Final Cut Pro, meaning you can even edit WMV files on your Mac too.

The most versatile player out there, VLC media players lets you play WMV files without the Flip4Mac Plugin, although it’s only a playback solution; it doesn’t let you edit WMV files in QuickTime supported apps including iMovie and Final Cut. The great thing about VLC Media Player, however, is that it’s lightweight, fast, and can handle almost any media format you throw at it.

This player emerged out of the Google Codes project as an attempt to create an all-round player. MPlayer OSX is a simple but powerful video player designed specifically for Mac and can handle WMV playback. It features more options and preferences than VLC Player, with the only drawback being that the first time it plays a video, it has to build a font cache, which can take a while. Luckily, it only has to be done once.

You might be surprised that you can use Windows Media Player to play WMV files on Mac OS X for free. Yeah, there is a Mac version of Windows Media Player. However, there is no upgrade of this Mac app from Microsoft. Install it on your Mac and then you are able to watch your WMV videos on Mac smoothly. (Mac Mountain Lion and Mavericks users can turn to Aimersoft Video Converter Ultimate for Mac, which is recommended as the best alternative to play WMV movies on Mac.)

Alternative Solution: Convert WMV video to be compatible with Mac

The WMV file are inherently incompatible with Mac PCs. In order to play an WMV file in Mac and take full advantage of the WMV files without any limitation (i.e. to watch it on QuickTime, edit it in iMovie or FCP, import it to iTunes or etc.), you’d better convert the WMV file to a Mac-compatible file format. To do it, you can try out the Video Converter for Mac. It helps you to convert any video with ultra-fast speed and without quality loss.

Step 1: Run this software and then import your WMV files onto the interface by convenient drag-and-drop feature.
Step 2: In the Format list, you can choose an output format according to your playback preference.
Step 3: Hit Convert on the bottom-right corner of the interface. 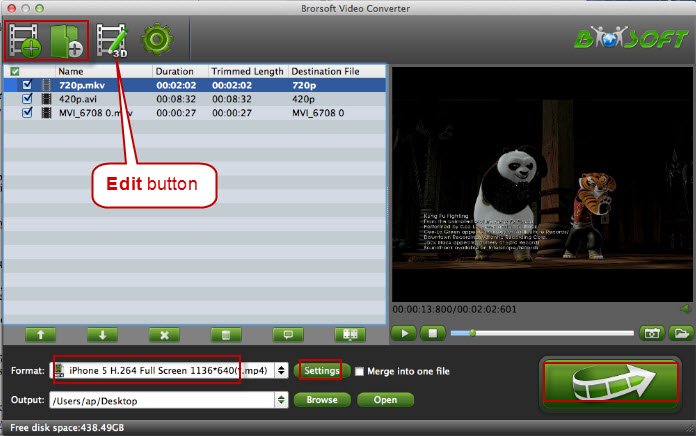 You can thoroughly solve the WMV files incompatibility with Mac using this great video converter. With these options, you’ll have no problem opening and enjoying WMV files from the comfort of your Apple computer.