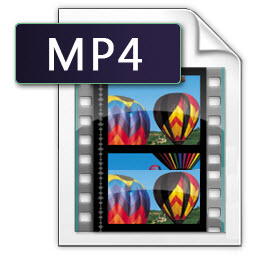 What is MP4 format

The purpose of MPEG-4 technology development was to provide DVD quality pictures and audio in a considerable small file size. The codec can be used with Windows Media Player program to handle moving pictures sent via the web. Other web based players such as Zune and Real player can also play any MP4 file format if you have the latest version downloaded. You need to have the latest MP4 codec in your digital media player for you to enjoy MP4 file playback capabilities.

This media format is also used extensively throughout the world by companies that manufacture portable media players. It’s also been thoroughly adapted on the World Wide Web as it allows web users to literally stream web content. All in all, the MP4 file format is here to stay. It is integral to the future of web based portable media players and videos. Its ever increasing popularity has seen it be a global multimedia standard.

How to play MP4 files

Being a standard format, the MP4 can easily be played by almost all video players. Whatever platform or media player you are using, MP4 files can be processed accordingly. These files are stored directly on the hard drive or any portable devices easily, as they don’t take up too much space. This is the reason why most portable media players are called MP4 players.

Generally speaking, MP4 files can be opened with Windows Media Player, and other multi-format media players like VLC, QuickTime, and more.

Important Note: To enable your favorite video player like VLC open and play MP4 files perfectly, you may need to install an MPEG-4 codec, which allows your computer to recognize MP4 files and have them play properly.

While MP4 is a highly reliable file format, it is imperative to note that not all devices support it. For this reason, file conversion from MP4 to other acceptable formats may be necessitated. For instance, a device using Windows Operating System may require all multimedia formats be stored in AVI (Audio Video Interleave) format. Therefore, it would be necessary to convert the files from MP4 to AVI. Most Apple products use the MOV format to store their multimedia files. It is mainly applicable in the Macintosh and some of the most recent Windows platforms. If a user has some videos or audios in the MP4 format and wants to use them in Apple products, they will have to convert these files from MP4 to MOV.

Depending on the requirements of the user, it is appropriate to convert the MP4 files into the required file format. Conversion of such files from MP4 into the relevant formats may improve the quality of the files, as well as save the user some valuable storage space.

Which app can be used to convert AVI

When talking about MP4 converter, the converting speed and output quality stand in the breach especially. Among various video converting tools, Brorsoft MP4 converter is outstanding. With it, you can convert MP4 video files to various formats with super-fast speed and extremely high quality. The supported output formats include AVI, WMV, MOV, 3GP, FLV, M4V and more. Both HD and Full HD file format are all in the output list. Besides, this MP4 converter also lets you extract audio from MP4 files and save them as MP3, WAV, WMA, AAC, AC3, FLAC, AIFF, M4R, M4B and more. What’s more, Brorsoft MP4 file converter also provides more than 150 optimized presets for different mobile devices, like iPhone 5, iPad 4, iPad mini, iPod touch 5, Samsung Galaxy, Microsoft Surface, Nokia, Sony and more. You can also adjust the parameters of the output to fit better for you needs.

Batch conversion is another highlight of the MP4 video converter. You can import all files you want to convert and click the Convert button to activate the MP4 conversion after choosing an output format. Brorsoft MP4 converter will do all the rest for you. Just remember that you can also edit the video as you wish before starting the conversion. The editing features include trimming, cropping, adjusting visual effects, adding watermarks and loading subtitles.

Brorsoft also offers MP4 converter for Mac, which is compatible with Mac OS X (Mountain Lion and Mavericks). Just choose as per needs.

MP4 Solutions
A collection of solutions for you to play, edit and share MP4 files without any hassles.